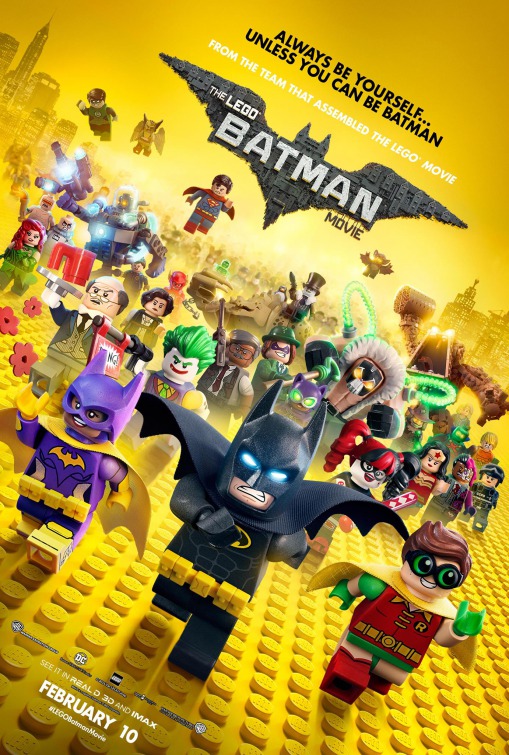 After an opening sequence featuring almost every villain in his rogues gallery, we learn that the life of Bruce Wayne/Batman [Arnett] is an extraordinarily lonely one. Emotionally cutting himself off from the world, Batman refuses to let anyone into his a life outside of his butler Alfred [Fiennes]; a fact mirrored by the way each room in his cavernous mansion-cum-lair dwarfs the solitary figure. Frustrated with constantly failing to defeat Batman and feeling a lack of appreciation from his nemesis, the Joker [Galifianakis] devises a plan to make Batman obsolete and simultaneously reap his revenge. Meanwhile Batman must contend with Gotham’s new Commissioner, Barbara Gordon [Dawson], who believes vigilantes working outside the law are not the way to resolve the crime-ridden city and newly-adopted orphan, Dick Grayson [Cera], whose exuberant innocence and willingness to please/be accepted lies in stark contrast to Batman’s selfish existence.

From the very outset, The Lego Batman Movie avoids the typical spin-off pitfall of taking an entertaining side character, making them centre focus and producing a middling, mediocre release. I imagine this comes down to the fact that, as a character, Batman has such a wealth of solo story history to draw from, rather than say the likes of Jack Sparrow or Joey Tribbiani. On top of that, despite being written by committee, the narrative flows neatly, albeit simply; clearly the product of stringing together countless proto-jokes, drawing on 75+ years of changing iterations and adaptations of the character and property of Batman. I will point out that the self-referential/deprecating humour is also part of the problem with this movie but I’ll return to that later.

Continuing its predecessor’s formula, The Lego Batman Movie utilises a fantastic cast of voice actors, with each key role filled and performed brilliantly. Given the interpretations of these characters (mostly talking about Robin here), Ralph Fiennes, Michael Cera, Rosario Dawson and Zach Galifianakis all deliver the requisite level of heart and absurdity needed to somehow both create something new and honour what’s come before. Having said that, there does seem to be a bit of a competition going to see how many one-liner cameos can be crammed in to each release. Throngs of supporting characters are given a handful of seconds to blurt out one line of dialogue and a great many of them are voiced by surprisingly high profile actors. I don’t know the exact cause or reason for this but after a while it goes beyond distracting and you start to realise that outside the central characters, everyone else is brought in as a setup for a joke without any actual logic for their selection. “We need someone to react to a main character’s line of dialogue to imply they feel sad. Any thoughts?” “We haven’t used Bane yet, we’ll get Bane to say it.” “In the Tom Hardy voice?” “Yes, that’ll make it funnier.” Frustratingly, it works surprisingly well, probably because it’s been exploited so perfectly for over a decade by Robot Chicken.

I also can’t praise the visual effects enough. With the prolific nature of Lego products, we have become so accustomed to the designs that it’s easy to forget how spectacularly impressive the cinematography is. I really shouldn’t need to say this but these aren’t models being filmed, it’s all constructed within a computer and the uncanny valley is bridged effortlessly. The only downside to this level of realism is the same issue that cropped up in The Lego Movie: the imagery is so frenetic and detailed that, sometimes, trying to discern what you’re looking at can be difficult. Ultimately it’s a by-product of setting the film in a universe where everything has those cylindrical Lego connectors. Accompanying the visuals is a wonderful score from Lorne Balfe (and a series of pop songs, including an odd amount of Michael Jackson numbers but the less said about that, the better) which draws on the most recognisable elements of several Batman themes whilst adding its own deep, rumbling brassy stamp.

**Sort of a spoiler mentioned in the middle but hardly a major one**
For all the silly, innocent fun, I left the film feeling conflicted. Without a doubt, this is a funny release but immediately I knew I would be awarding this film three out of five. Moreover, I would need to explain this odd ineffable feeling and justify why I marked it down to merely average, despite the universal acclaim and evident audience appreciation. I guess the reason is that this movie is somehow both the best and the worst Batman film. Bold claim considering most people would agree The Dark Knight and Batman & Robin hold those titles respectively. At the very heart of the story is a message which has eluded or been glossed over in every live-action Batman movie: the apprehension of making a familial connection for fear of potentially losing it. For a children’s film, The Lego Batman Movie manages to drill down and simplify the concept of distancing people as a means of avoiding/dealing with death and loss; which is a frankly marvelous feat. And then it falls flat on its face by trying to smooth over the absolute and continual fumbling perpetrated by Warner Bros. As I mentioned before, everything from the last seven decades is up for ridicule and frankly the last few years have been a mess for DC but making fun of your flaws doesn’t give you license to generate more. Maybe I’m just being pedantic but there’s something unusual about parodying your own failings as if they are executed by someone else. Sure, you can laugh at yourself but when you’re the studio who’s making all these mistakes in the first place, maybe try and fix them rather than releasing an animated film to say “We know there are issues but it’s cool because we can laugh at ourselves.” What? No. Get your house in order then feel free to reminisce about the turbulent days of a punning Mr. Freeze and a charmless tattooed Joker. Admittedly, one could argue that this has nothing to do with the nature of the movie itself and while I would agree that it doesn’t necessarily detract from any overall enjoyment, this complete lack of regard or understanding of the property is such a detrimental flaw that soars in this setting but fails miserably when applied to their live action adaptations. If that’s too tangential, I could just as easily fault this film for failing to be as clever or funny as The Lego Movie and therefore, despite the enormity of the narrative, loses some of the scale. And on top of all that, at no point was this film necessary. I found Batman’s role in The Lego Movie amusing but I had no desire to revisit his world and as much as this film was fun, I have absolutely no desire to see another instalment.

What we have here is an altogether pleasing feature but it feels more like a Family Guy/Robot Chicken special with a slew of bat-jokes driving the plot as much as anything else. The tension is never earned, the plot is paper thin but the laughs and heart are there and for many people, that’ll be more than enough.

The Scene To Look Out For:
**Spoiler**
When so much of a film is firing on all cylinders, it becomes more than apparent whenever the quality dips. Almost every single version of Batman is subjected to mockery with differing reactions but when the film catches up with itself, there is a sudden call to parody its own creation. And what defining characteristics set Lego Batman apart from the other versions? He’s cruel, egomaniacal and he likes to rap about himself. So while Batman and Robin are sitting in adjoining cells in Arkham, Batman tries to lift his ward’s spirits by getting him to beatbox. It’s probably the cheapest, least funny element of the whole film and for a moment I felt like I was watching just another forgettable, bloated, cheesy guff peddled to kids; Smurfs films, I’m looking at you.

Notable Characters:
I really enjoyed Zach Galifianakis’ interpretation of the Joker. Despite stepping away from the manic laughter and croaky voices we’ve come to identify with the role, there was a real embodiment of the core values – obviously toned down from the more psychotic murderous ones. His obsession with Batman (which he believes should be reciprocal), ridiculous schemes, unpredictability and disgust for the failings of his peers fall in line with what we know of the Joker. But coming back to the point I made earlier, this means that a Lego version of the Joker is currently better and more accurate, despite being a parody of itself, than the live-action flagship version. Madness.

Highlighted Quote:
“You mean nothing to me.. no one does”

In A Few Words:
“It’s quite rare to find a film aimed at children that doesn’t stoop to the endless stream of easy fart jokes but despite this, The Lego Batman Movie failed to thrill me as much as I would have liked” 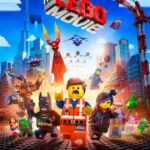 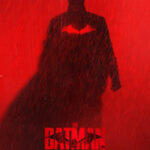 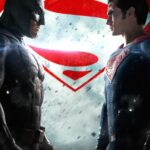