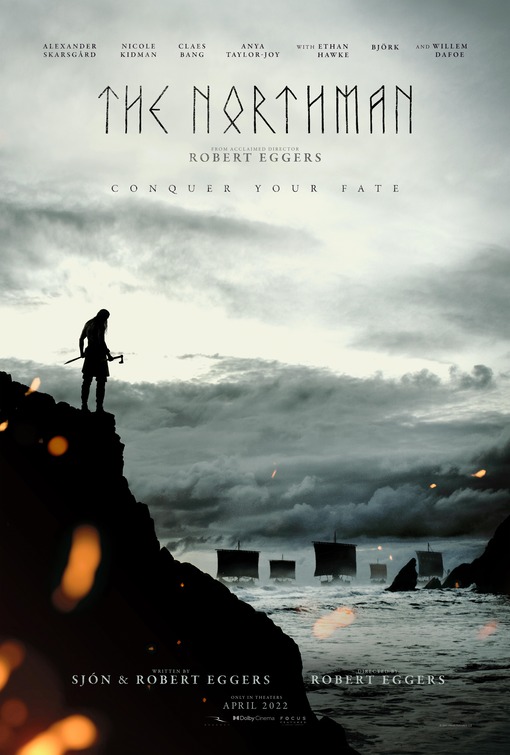 At its core, The Northman is a tale of injustice and revenge. In 895ad, the Viking king Aurvandill [Hawke] is killed by his brother Fjölnir [Bang], leading to his wife Gudrún’s [Kidman] capture and his son barely escaping with his life. Years later, we see the young prince Amleth [Skarsgård] has become a man, regularly hunting and pillaging with a horde. After one such raid, Amleth receives a vision, reminding him that he swore an oath to return to his homeland, avenge his father, rescue his mother and kill his uncle. So in order to do this, Amleth poses as a slave and journeys to Iceland to seal his fate.

The story of Prince Amleth was the blueprint for Hamlet and could have easily inspired Conan The Barbarian or Gladiator; it’s a myth that has been reinterpreted time-and-again but the model of a young prince turned raider, berserker, slave and agent of death is a profoundly enduring one. And it’s only fitting that this most visceral of interpretations would come from such a unique filmmaker as Robert Eggers. Having worked so well on chamber pieces such as The Witch and The Lighthouse, Eggers masterfully sidesteps into full blown period epic with bold, powerful, confident filmmaking and brutal, merciless direction.

Jarin Blaschke’s haunting cinematography perfectly captures the mud and blood of the unforgiving Viking lifestyle, while presenting stunning towering vistas and impossible otherworldly sights – cementing him as one of the most interesting directors of photography working today. Paired with the visuals is astonishingly guttural sound design that creeps then deafens and a glorious score that chants and howls before briefly giving way to moments of beautiful elegance. Suffice it to say, the technical aspects of this film, encompassing the make-up, hair, costumes and set design, offer a breathtaking experience.

As with every Eggers production, the performances are paramount. Everyone behind the camera brings these forgotten worlds to life but the people populating them are what make them truly believable and he has never put a foot wrong. Skarsgård stalks terrifyingly, a beast of pure hate and misery and it’s clear he’s relishing every second – for those unaware, Skarsgård has reportedly been trying to make an earnest Viking movie for over a decade and this may now be the definitive one. Anya Taylor-Joy plays Rus slave and sorceress Olga with ease and Claes Bang injects a lot of humanity and soul into what could have been an entirely two dimensional antagonist. The only sticking point for me was Nicole Kidman. The performance ultimately worked but every time she appeared it shattered my immersion.

As stated before, Eggers has an extraordinary ability to bring folktales to life but this is arguably one of his most straightforward yarns. Despite the extreme centre-framing and striking style, the audience is kept at a bit of a distance. Granted, we’re drawn into the plight, we will on the protagonist to enact his revenge and we understand every decision made but the monosyllabic resolution feels pre-determined. And I think that comes from a sense of overfamiliarity because the problem with folklore narrative is the simplicity to it. Subsequently, everything feels somewhat inevitable and therefore unsurprising, caught in the trappings and limitations of a saga which has been told for centuries.

That being said, The Northman remains wonderfully visceral unapologetic cinema. As much a classic revenge tale as a historic chronicling of customs, songs and sport. All of which is steeped in tradition, mysticism and bloody spectacle, flooded with visions and violence.

The Scene To Look Out For:
The Northman walks the path of both period drama and mythological tale spectacularly well and nowhere is that more evident than Amleth’s fight with the draugr. Having arrived in Iceland, Amleth is told of a legendary sword and digs down into a mountain cave with a corpse at the head of a longboat. Lifting the sword, the corpse comes to life and the pair duel. But through the way the fight is shot and, most importantly, how it ends, it could either be interpreted as exact events or a metaphor for the weight of the act.

Notable Characters:
Another Eggers trope is mankind’s connection with animals – domestic, wild and mystical. A twisted cautionary tale of a realm to be respected and feared but one which can aid you if your heart is just. As with The Witch and The Lighthouse, the animals on-screen are just as much characters as the human ones, if not more fascinating.

Highlighted Quote:
“Let this misdeed haunt your living nights until flaming vengeance scorches on your death.”

In A Few Words:
“A captivating tale of fury, fire and fate.” 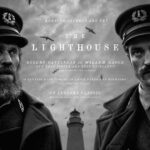 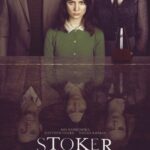 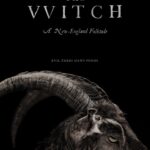