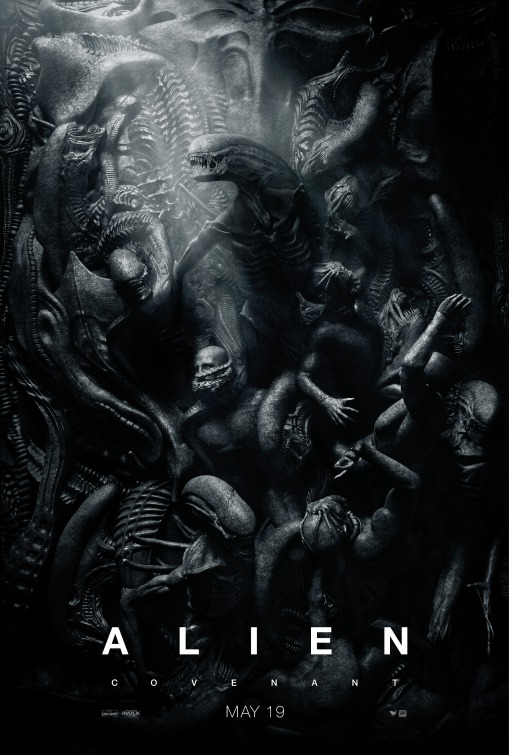 Set ten years after the events in Prometheus and a mere eighteen before those in Alien, Alien Covenant introduces us to the crew aboard the colonisation ship, Covenant, as a random shockwave hits the ship and causes chaos and disarray. Several crew members are woken while the captain is killed in his cryosleep pod. While repairing the ship, a garbled transmission is intercepted which is not only of human origin but draws their attention to a closer, more habitable world. After a brief discussion, the decision is made by acting captain Oram [Crudup] to investigate this new potential home. Upon arrival on the planet, members of the crew are infected with a fungal spore that violently births alien creatures. With their landing ship destroyed and unable to reach Covenant in orbit, the stranded group are saved by a human figure.

One of the biggest problems people had with Prometheus was understanding how it fit into the Alien universe; the widely acknowledged truth is that if it were a standalone film it would have been received better. Having said that, it was also universally accepted that the film was utterly gorgeous; a deep, rich, cool adventure with astonishing CGI. Alien Covenant picks up this baton with the same visual style but I’m still confused about how it all ties in. Alien has the same mechanical functional corridors but there’s a wealth of lo-fi 1970s tech which is nowhere to be seen in these last two films. As such, with the vastly superior technology on display in these prequels, one would have to assume these movies are reboots, not prequels, which makes them even more pointless because we know exactly where they’re going but not why (constrained by something thoroughly detached) and the journey, frankly, isn’t cutting it. In a very odd way, the two immediate thoughts that dawned on me is that a) Prometheus is a more enjoyable feature and b) Jed Kurzel’s score recycles themes so wonderfully that it does a better job of linking Prometheus and Alien than the actual narrative.

For all the berating these pre-boots are getting, it is undeniable that the story has been approached with a seismic level of maturity. Rather than simply regurgitating endless tedious action horror sequences, the script tries to offer something with greater depth and for that effort, it deserves considerable praise and credit. However, the religious symbolism is far too heavy handed and what we are left with is a movie of pure subtext and allusion but no relatable surface narrative; which you ultimately need in order to make the characters relatable and create audience empathy/urgency. What we have here, unfortunately, is zero tension building to a few familiar franchise tickboxes with a wealth of predictable developments. While I can appreciate the notion of creating an action horror investigation narrative interspersed with philosophical musings, it has to hold some sort of emotional connection or audiences will slowly lose interest or become desensitised. Oddly, as much as it was an Alien rehash, the recently released Life felt more like a natural successor to Alien than this film and yet I still admire what these films are trying to do, albeit shoddily.

**Heavy spoilers midway through**
As with Prometheus, the characters are breathtakingly stupid and forgettable. I couldn’t tell you how many crew members wake up during the neutrino shockwave but ascertaining what function they perform aboard the ship is even more difficult. In amongst the disposable faces, we learn there are a series of married couples (who have formed their own covenant if you will… *eye roll*) and I would say Billy Crudup, Katherine Waterston and Danny McBride are the only ones who are remotely memorable; still just as dumb as the scientists in the previous instalment but I’ll get more on to that in my highlighted scene. Along for the ride is android Walter, played by Michael Fassbender, and much like his role as David in Prometheus, he plays the mechanical butler extremely well. Speaking of David, we need to get into extreme spoiler territory here, so if you’ve yet to see the film, skip ahead to the end. This film might as well be called David Covenant. From a writing point of view, it’s very hard to follow the monster. The alien is a beast, the perfect terrifying killing organism and one that cannot be humanised or focused on without destroying the illusion of its abilities. So the nature of the android creations is given a spotlight – admittedly as has been covered in other Alien films. The aforementioned figure that saves the group on the planet surface is none other than David. It transpires he took the ship from the last movie, flew it to their home world and effectively nuked them all. In doing so, he then started to experiment on the remaining life forms, harnessing and perfecting his alien creation; adding depth and closure to the obsession and admiration demonstrated by Ash and Bishop in Alien and Aliens respectively. This side of things is pretty fascinating, David’s interest in zoology and emulating his creator’s desire to improve upon the flaws inherent in his own design, becoming god himself, is great. And yet every answer we get leaves a bitter taste for the more it’s explained, the more mystery is stripped away and the more it’s spoiled. The Alien sequels all dealt with “what’s next?” or “what form will the aliens take this time?” Nobody was really asking, “where did these xenomorphs come from?” because no one cares. Can’t they just be a perfect creation of evolution, do they require a creator? Countless lines of dialogue in this film dictate they do; in the opening prologue, Weyland himself defiantly states that he refuses to believe life is merely random chance, that there has to be a maker with answers. The only problem with that is that eventually you still need an ultimate progenitor. Which brings us back to David and Walter’s relationship and the fact that there is no air of mystery, we know David is fucking digitally psychotic, he’s basically a mad scientist and the xenomorphs are his Frankenstein’s monster. Granted, David is an amusing character but the delivery is still balmy as hell and laughably silly. I rather love the observations and misattributions of poetry to Byron or Shelley but after you’ve sat through a longer-than-necessary scene about learning to play a recorder, you have to wonder if these concepts wouldn’t be more appropriate in a separate franchise.

I like Ridley, I do, but the man kinda needs to stop. After a series of flat films, The Martian was a real breath of fresh air and delivered something pleasing, life-affirming and triumphant. More than that, it reminded us that Scott is capable of producing fine cinema. And then we have his return to the Alien franchise, killing off Neill Blomkamp’s promising Alien 5 release, and feeding us a wealth of mediocre features because he happened to father the first one. To draw on this film’s obsession with family, gods and creators, Scott is like a grandfather who raised their child thirty years ago so feels more than qualified to deal with his new grandchild but keeps dropping the baby. Either way, I’m sure we’ll get another Alien prequel that will deal with forming the queen and finding a new alien ship to crash on LV-426 but I don’t know if I can care about it anymore.

The Scene To Look Out For:
**Spoilers throughout**
After it’s been revealed that David has some sort of relationship with the neomorphs (or whatever the white aliens are called) Oram opens fire and kills the creature. Demanding an explanation, at gun point I might add, David takes Oram to his workshop, wherein he has been experimenting on all manner of variations. Parts of this scene, from the production design to the concept of a god-factory are brilliant but Oram lowering his weapon and just listening to expository monologuing is not. It’s fucking stupid. Then Oram is brought down to a subterranean crypt wherein David shows him a host of eggs. Having been told that the eggs contain a “successful” version of the creature, Oram keeps his rifle effectively holstered and merely watches as one hatches before him. I mean, the level of moronic behaviour on display is mind blowing. After that we’re then treated to one of the shortest gestation periods in the franchise (as all suspense is gone from that little development) and a rather comical birthing scene with the baby alien mimicking the pose of its creator in something akin to a pose I’d expect Baby Groot to adopt: bloody cute rawr. What’s equally puzzling is the presence of the eggs. Putting aside the lack of a queen for a minute, the airborne version seen earlier in the film seems like the perfect evolutionary version, why do we need the eggs? It feels like the only reason they are present is to bring us back by the collar to Alien.

Notable Characters:
**More spoilers throughout**
Fassbender continues to impress but I still have absolutely no idea what the hell David’s deal is. Sure, he’s adopted all the manic traits of his master but the effeminate, soft-spoken Englishness is just plain weird. More than that, the twist at the end was so very poor. When Walter is first introduced I was surprised by the American accent but immediately realised it will be how you differentiate between Walter and David, when he inevitably turns up. So with that in mind, Walter leaving the planet with the surviving crew was a horrible fake-out. Obviously it was David. The fact that he manages to fix his own voice-box and cut his own hand off to better infiltrate the group is one thing but adopting a cut on his face? That’s literally only there to fool the audience. Another aspect of David’s madness is not only can I not see his end goal, I’m not entirely sure how he gets from one situation to another. In a flashback we see the alien ship docking before releasing the viral weapon on the natives but the ship discovered by the Covenant crew crashed.. how and why did that happen? Too many questions, too many bits played off for audience reaction than actual logical progression.

Highlighted Quote:
“He was human, entirely unworthy of his creation. I pitied him in the end”

In A Few Words:
“For all its flaws, Alien Covenant gets a pass from me in the same way Prometheus did by trying to produce something weightier than a simple space horror sequel. Regrettably, while the execution is decent, the script continues to be disappointing” 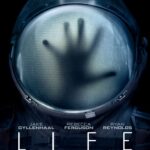 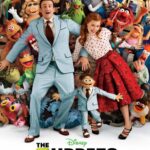 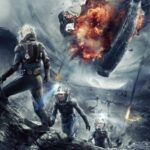