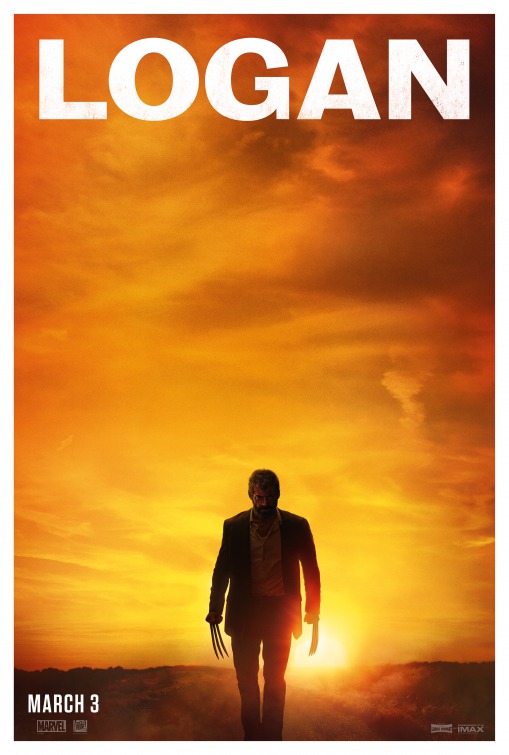 Set in the near future, the mutant gene is no longer appearing in new-borns and after an incident which put Professor Charles Xavier [Stewart] on a list of most dangerous individuals, mutants are nearing extinction. One of the last survivors is James Howlett, aka Logan, aka The Wolverine [Jackman]. Despite being decades old, the adamantium in his system is slowly taking on a poisonous effect and his regenerative powers are failing, leaving him haggard, buckled and bruised. Keeping his head down, Logan drives a limousine, transporting the arrogant and affluent around Texas. During a particular pickup at a funeral, Wolverine is approached by a nurse with a young girl [Keen] in tow. Charles convinces Wolverine to help transport the child, Laura, to Eden, a mutant commune somewhere on the border between the United States and Canada.

The X-Men franchise has had a longstanding obsession with Wolverine, working him into every single release bar one (sort of), and for all their good intentions, the sole saving factor is that Hugh Jackman is spectacular in the role. The Wolverine standalones thus far have been a mixed bag; the first was an outright disaster and though the second showed significant improvement it still didn’t sit right with a lot of fans. Finally, seventeen years after his debut in the role, Jackman has announced this will be his last outing (potentially) as the Canadian mutant and after all this time, we now have what could be considered the best Wolverine story. For comic book characters, emphasis has been placed on origin for decades; only now, with sprawling franchises and expanded universes, have studios started to realise that the greatest stories are the ones with the strongest emotional attachment and those that end.

With the nostalgia-heavy direction the prequel X-Men films have taken, doing their best to embody every cliché and characteristic from the chosen decade, it’s hard to remember that the first two X-Men releases were set in a world very similar to ours. The conflicts were private but the fashion, technology and political arena didn’t feel a vast stretch from that of our own. Setting the film in 2029, Logan brings us back to that grounded relatability, depicting what could be described as the worst aspects of Trump’s America. There are also several nice production design touches when it comes to technology, enhancing and elevating what we already have in place to a potentially logical future point: as we saw in films like Children Of Men and Looper; we’re clearly witnessing a dystopia but nothing as overt as something like the wastelands of Mad Max.

One notable difference from Wolverine’s appearances to date is the new adult rating (R in America and 15 in the UK). Taking full advantage of this free reign, Logan really leans into it with wall-to-wall “fucks” and blood. However this creates a bit of a quandary. On the one hand, the swearing and violence have a gritty realistic feel and suit the character. I will also be the first to admit that this kind of excess is necessary for Deadpool and even necessary for Wolverine (the man has knives on his hands!) but there is a danger that the success of these faithful character-driven adaptations will be interpreted as successful solely due to their more mature rating and the last thing we need is an Apocalypse sequel set in the 90’s with Cyclops swearing his face off. Interestingly, this level of savagery, violence and – for lack of a better word – uncouthness, is a perfect fit for the genre that has been so very heavily emulated: Westerns. Everything about this film feels like a cross-country journey/road-trip/lone drifter cowboy story with a structure and supporting characters one would usually associate with a tale of trekking through the old west. If anything I’m surprised Marco Beltrami’s score didn’t incorporate this more but I’m glad it didn’t as what has been produced is frankly magnificent, mixing a hot-on-the-heels pulsing and tender melodies throughout.

In a curious way, the villain is almost underplayed, despite driving the entire plot. To explain, Boyd Holbrook and Richard E Grant do a superb job in their roles as Transigen employees Donald Pierce and Zander Rice respectively but the real villain is Wolverine’s past; in more ways than one. So when it comes to acting, there are really only three people to talk about: Wolverine, Laura and Charles. As stated earlier, it’s almost impossible to imagine anyone else playing the role of Wolverine as Jackman brought such intense energy, passion and life to the character. And while he deservedly received an Oscar nomination for his role as Jean Valjean in Les Miserables, he commits the same dedication and heart to this, frankly absurd, role. The evident age and frailty of a character many people have grown-up with is both beautiful and crushing, lending a dramatic weight that one could argue has little place in a film about a grumpy man with knives in his hands. Then we have classically trained theatrical legend, Sir Patrick Stewart who deviates from the refined kindly professor and shows us a desperate, crotchety old man whose mental faculties are failing, proving a danger to himself and those around him. Unlike his previous outings as Xavier, this has a lot of the levity and soul that you tend to see with those nearing the end of their lives; a combination of whimsical mysticism and filterless rebellious bile. Finally we have Dafne Keen. Ok, I can’t praise this kid enough. She is glorious. And I’m not talking about that “she acts like an adult” thing that a lot of child actors do but genuine, moving, powerful, physically capable, brilliant acting. And coming from someone so young, that’s an amazing feat.

Some may complain that the film is either boring or that Laura’s quasi-feral mute grunting doesn’t bring them closer to her character but I would imagine those people simply don’t like the nuances of slow-burn Westerns. If you want elaborate spectacle and world threatening bad guys, there are plenty of other X-Men movies for you to choose from. If you want something of genuine meaning, talking about “the other” as an outcast to be systematically hunted, destroyed and/or experimented on, then this is the film for you. However, saying Logan is the best of the franchise (and I truly believe it might be) is tricky as it builds on what has come before. On top of that, it’s not technically an X-Men ensemble film as the team has been whittled down to nothing, so comparing it to something so dramatically different is a tad unfair but for character exploration and world development, it stands superior. To my mind, the definitive watching list for these ten movies is as follows: X-Men, X2, First Class, Deadpool, Logan. And if you were to leave it there and never watch another X-Men release, I think you’d feel the job was done well. That.. is where Logan’s power lies: creating a close so perfect you don’t need any more, no matter how much you may want it.

The Scene To Look Out For:
**Spoilery paragraph**
Fans of the comic will have probably guessed from the trailer that Laura/X-23 is in fact Wolverine’s clone. Throughout these films, Wolverine has rampaged through, never having to deal with anyone who has the exact same moral drive and potential for unbound rage. Toward the end of the film, Wolverine wakes in a hospital, having been dragged and driven there by the prepubescent mutant in his care. In a moment of gruff humility, Wolverine thanks the little girl and she calmly responds “De nada.” This recognition is the first utterance throughout the whole movie and it shocks the audience as much as the titular character. Upon discovering she can speak, he crassly demands to know why she hasn’t said anything for the last two thousand miles, at which point a heated tirade in Spanish erupts from this child and Wolverine is overwhelmed and screams back at her. Both reach a shouty impasse, which Laura resolves by growling and punching him in the face. If any scene speaks to how well this film is written, shot and performed, it’s this simple one.

Notable Characters:
Despite glossing over the villainous roles, I genuinely think Holbrook and Grant performed excellently as two side of the same coin. With Rice we have a clinically brilliant mind but one who is absolutely driven in his wicked purpose, much like any operational head of some despotic, tyrannical dictatorship – trying desperately not to say Nazi here but evil Nazi scientist definitely comes to mind. Then you have Holbrook who is a bit of a laddish mercenary, armed with enhancing tech and a cavalier attitude. I was a bit skeptical as the role Holbrook plays in Narcos lacks a flamboyance that a film of this nature requires but Pierce is a great henchman character and clearly enjoys his job far too much.

Highlighted Quote:
“Please be like the rest of the world and blame me for your boring shit”

In A Few Words:
“Anyone who claims the most recent instalment of a franchise is their favourite is still punch-drunk from the experience but.. goddamn.. Logan might just be it” 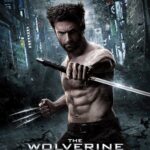