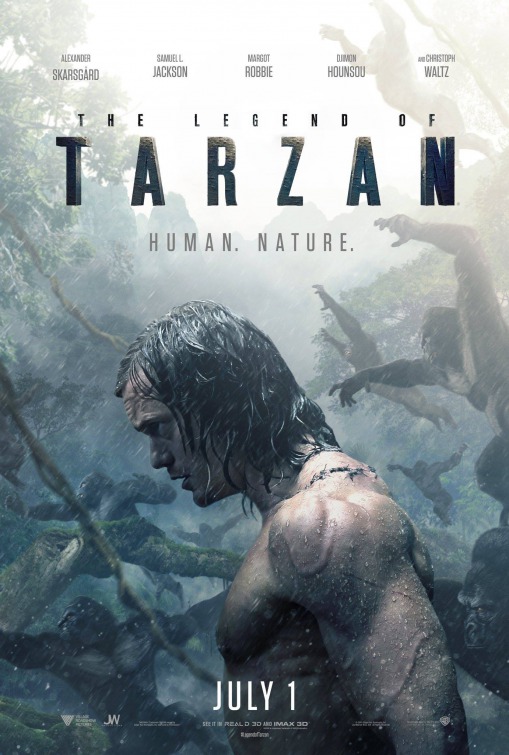 Warner Bros are having a tough time of late. After a handful of underwhelming releases, they announced they were shifting focusing to their tent-pole blockbusters and with the rights to so many great properties, the potential for a pleasing windfall is incredibly high. Unfortunately every passing feature is a multi-million dollar bore and regrettably The Legend Of Tarzan is no different.

In the late 1800s the African Congo is under the rule of the soon-to-be bankrupt King Leopold II of Belgium. In an effort to bleed as much money as possible, Leopold sends Captain Leon Rom [Waltz] to harvest all the ivory available and secure a fabled diamond mine, which will allow him control of the region. Rom carries out his duties mercilessly, amassing an army of mercenaries to enslave the population. The only thing standing in his way is an indigenous tribe led by Chief Mbonga [Hounsou] who will agree to allow passage if Rom brings him the only thing he desires: Tarzan. From there we learn that the familiar story of the feral boy raised by gorillas (who taught him to shave apparently), tamed by an adventurer’s daughter has already taken place and both Jane Porter [Robbie] and Tarzan [Skarsgard] are living peacefully in London as Lady and Lord John Clayton III, Earl of Greystoke. With a royal invitation back to the Congo, the British government presses Clayton to return home and while he initially declines, the suspicions of an American envoy [Jackson] convince him to venture back to Africa.

The most deceptive thing about this movie is the first ten minutes. Combining sombre opening title cards, Rupert Gregson-Williams’ haunting score and the realisation that this film takes place several years after Tarzan has moved to London, you start to believe this could actually be a unique and promising tale. And then everything subtly falls away and you’re dragged through a mire of uninspired tedium. The concept of taking itself seriously and telling a story about European conquest/corruption of Africa is a noble one – after all, I wouldn’t have been surprised if the project was shot with a harmless joviality to it, like another Pirates Of The Caribbean or The Lone Ranger – but these lofty ambitions fall short in their execution and what remains is an incredibly formulaic and dull dirge.

On paper (and arguably on-screen) the casting is decent and fitting but everyone falters owing to the two dimensional nature of their respective characters and winding up with very little to actually do. In truth, Skarsgard is a great Tarzan. He has the physicality of the character and a nuanced distance to his portrayal that sets him apart from everyone else. Equally, his animalistic nature is presented well without falling into the pitfalls of laughable mimes or pseudo-macho guttural murmurs. Despite all that, he’s just so bloody boring. Robbie’s portrayal of Jane is acceptable, playing feisty and defiant well but no matter how hard they try to elevate her, she’s still ends up the damsel in distress. In a way it reminded me of the overly aggressive female archetypes of the 1990’s that tried to push powerful and capable female characters (“This is the 90’s, you know” etc.) but as they were written by men they ended up at the same clichéd conclusion point. Jane offers so little to the story and no matter how much confidence, strength or knowledge of the wild they instil her with, she’s still just there to get kidnapped, be saved and make a baby. Waltz is probably the most wasted in the role of Rom. There are hints of how menacing and evil this character could be but they are never explored, which, considering how unscrupulously Europeans have conducted themselves across Africa is a weird achievement in of itself. Compared to the historical inspiration, Waltz plays a rather blasé and ineffective commander, rather than a truly dark personification of an unempathetic monster. Which brings us to Samuel L Jackson as American sharpshooter George Washington Williams; an anachronistic swaggering character whose sole narrative presence is to act as the audience’s guide to Africa. What’s that animal there? What did he just say? Where are we going? How are we going to get there? What’s the history of this place? The man is just a walking exposition hunter.

In my opinion David Yates got very lucky with Harry Potter and I don’t mean that he was given the opportunity to helm the final four films but that he achieved something epic with seemingly minimal effort and even though only a few brief trailers have been released, he seems to have accomplished the same thing again with Fantastic Beasts And Where To Find Them.. but that remains to be seen. The direction itself is acceptable but nothing adventurous, bar favouring a few lingering close-ups of eyes but even when the shots work well, the editing is such a sloppy mish-mash that transitional flow is often lost and you momentarily double take wondering “Where did he get that shield from?” or “Did he just die.. wait, who was that exactly?” And on top of all that, we can’t even fall back on the picturesque sprawling landscapes of Africa as the majority of the film was shot in England and therefore a great deal was accomplished with CGI. Admittedly, this can be done extremely well – as recently seen in the surprisingly wonderful The Jungle Book – but none of that realism, grace or prowess are present here.

I must confess, I never thought this film would succeed, everything about it felt like a damp squib with little new to offer. Having watched the whole two hour slog, I can confirm that there are a handful of interesting elements but the final product is extremely wanting. On the positive side, at least it didn’t have the arrogance to end on a cliff-hanger setting itself up for a presumed sequel.

The Scene To Look Out For:
**This paragraph contains spoilers**
A classic lazy writing trope is utilising natural elements (plants, animals, rivers, etc.) to thwart villains. The reason it’s so lazy is because these wild self-serving entities know whom to harm and whom to avoid. With an army mounted at the port of Boma, Tarzan brings together lions, gorillas and.. a scoped rifle.. I guess, to drive a conveniently placed herd of wildebeest down over a hill and charge through the encampment. Due to their vast number, the mercenaries are completely overrun but we also notice that several lions are interspersed in the mix. What really annoyed me was that Tarzan somehow managed to communicate to the various beasts not to harm Jane or Williams (or the other animals come to think of it), just the bad guys with guns.

Notable Characters:
**This paragraph also contains spoilers**
Honsou is an interesting villain primarily because of the maturity of his resolve. What starts off as an almost dismissed walk-on role is given weight when it is revealed that Tarzan was responsible for killing Mbonga’s son – a retaliatory act for hunting and killing Tarzan’s adoptive mother. As stated, he becomes an interesting villain because while revenge is an easy motivator, both characters come to the tired conclusion that both have fallen prey to the nature of the wild and lost someone close to them. It’s an interesting look at harmony and acceptance of coexistence between man and animal but it’s almost immediately washed over to return to the “save the dame” storyline.

Highlighted Quote:
“Can we please just stop this!?”

In A Few Words:
“A tired, boring affair that fails to spark the spirit of adventure it so desperately tries to illustrate” 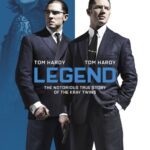 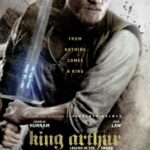