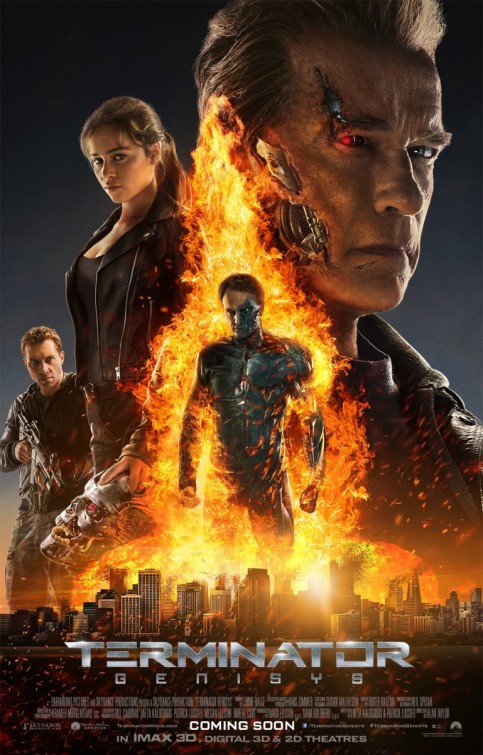 The Rules Have Been Reset

In the year 1997 mankind was almost wiped out when a computer programme called Skynet became sentient, deemed humanity the world’s greatest threat and launched every nuclear weapon. Yes I’m explaining the whole bloody thing! Sit down and listen! Where was I? Oh yes, those that survived called the attack judgement day but then spent the next three decades rising up against an army of machines hell-bent on exterminating all human life. A young man named John Connor led this resistance with amazing insight and intelligence which eventually saw the machines close to defeat. At the final hour, Skynet sent back one of their infiltration devices, a killing robot covered in human tissue, to kill John Connor’s mother, Sarah, in the year 1984 before he was even born. In an attempt to prevent this, John sent back a lone soldier, Kyle Reece, to protect Sarah Connor. Dun-dun dun dun-dun! Terminator Genisys opens with the same setup, the war is almost over, John [J Clarke] and his forces are launching their final attack when the infiltration terminator is sent back in time. Kyle [Courtney] volunteers and knowing that Kyle is in fact his own father, John agrees to send him back. Only this time, Kyle arrives in 1984 to a very different series of events, he’s immediately hunted by the advanced shape-shifting T1000 unit and Sarah [E Clarke] isn’t the once helpless damsel in distress, now accompanied by her very own reprogrammed terminator, affectionately dubbed Pops [Schwarzenegger]. Kyle explains various rewritten memories that he has experienced and our human heroes use a makeshift time displacement device to move forward in time to 2017 (the newly appointed judgement day). Upon arrival, taking down Skynet is more difficult than initially predicted as the machines have somehow found a way to seemingly corrupt the beacon of humanity’s hope: John Connor! Dun-dun dun duh-fucking-dun! Well at least they didn’t produce a child terminator (which I swear is still coming at some point).

A lot of positives and negatives to cover here. The first observation is that Terminator Genisys lovingly and loyally recreates elements from the first film and seems to genuinely respect the world that James Cameron created – it specifically doesn’t make the mistake of portraying the future as a sandy daytime dustbowl. But it respects the Terminator universe in the same unhealthy way that a crazy old spinster loves her twenty-plus cats. For the first twenty or thirty minutes everything starts off pretty well but then quickly descends into a very messy, unravelling, nonsensical bosh. First and foremost, Skynet’s plan is nonsense. They’re like any successful celebrity who simply runs out of ideas before rehashing their former success: I made my fame marketing beetroots, now beetroots are all I have to work with. Every time a plan fails, Skynet’s answer is to just fling more terminators into the time vortex (see the Invader Zim episode Bad Bad Rubber Pig). I know people moan about Terminator 3: Rise Of The Machines but it made sense to me. One could argue the notion that using an operating system called Genisys as the basis for Skynet is a really cool and clever idea (and it is) but T3 already highlighted that. Furthermore, T3 states that in order for John Connor to be born, Kyle Reece has to travel back through time, so the machine’s rise to power and judgement day are eventualities that can be delayed but need to happen in order to complete the timeline. Which also made sense but a lot of people couldn’t get behind it. Then along came Terminator Salvation and fuck me was it awful. I won’t retread that release, I’ve got a review on this site already. Suffice it to say, it tried something new but completely ignored everything that came before it and was utterly dire. So where do we go from here? Time travel reboot! It worked for Star Trek and X-Men, it can work for Terminator! Wrong. No. It can’t. For one simple reason. The difference between those films and this one is there was a plot outside of and before the time travel, it played an integral part but wasn’t the only thing the film had going on. Terminator Genisys (every Terminator release in fact) has nothing but the time travel and thus the causality and effect of Kyle and Sarah’s hopping backward and forward through time is discussed endlessly with no real cohesion or credibility.

Despite the terrible dialogue, convoluted plot and general lack of life-threatening suspense, this film was surprisingly well acted. Emilia Clarke was a nice hybrid of Linda Hamilton’s dramatically different performances in the first two movies, Jai Courtney side-steps most of Michael Biehn’s portrayal of Kyle Reece (there’s no way I believe this character is a virgin) but finds his own path, despite being far too hench for someone surviving in a wasteland and Schwarzenegger is on point throughout – but that’s hardly saying much. These are new iterations of the characters we’re familiar with but they naturally pale when held in comparison to the originals. Clarke isn’t nearly as feisty as Hamilton and Courtney doesn’t display an ounce of the psychological scarring and fatigue that Biehn exuded. I’ve expanded on Jason Clarke’s role and performance below and everyone else sort of just feels like either a nod to the first two movies or a setup for the two pending sequels. Speaking of nods to the original, Lorne Balfe’s score is a medley of subtle 80’s synth and Zimmer-esque drums and strings. But it suffers in the same way as Giacchino’s Jurassic World themes: narrow frame of operation with no distinctly new memorable elements, relying heavily on nostalgia. Like the acting it’s acceptable but far from impressive.

Once he steps out of the recreation/homage phase, Alan Taylor brings very little to the film visually. Apeing and imitation throughout ensures there isn’t a great deal of original sequences and the CGI is pretty appalling. But admittedly CGI is a hard trade off. With it we can accomplish things physically risky, time consuming or impossible but in doing so we lose a lot of base reality. How can you show off the terminator’s strength? Have him lift something extremely heavy with ease. But when you do that with CGI, if the item picked up loses its base physical quality (I.e. a car being swung around like it’s made of polystyrene) everything else looks fake by comparison. And this film suffers from this from start to finish. Any time a terminator shows up and starts ploughing through walls or walloping enemies with metallic objects it’s somehow unimpressive. It lacks the desired impact and we’re left sitting through an ‘action’ sequence devoid of any real action, consequence or peril.

In truth, Terminator Genisys is everything I thought it would be; entertaining at times but all-in-all a bit of a waste of my time. The depressing sinking thought that keeps circling my brain, however, is the notion of helplessness in the face of continually marching fate. No matter how this film performs at the box office or critically, there will be two guaranteed sequels and they will be completed and released before 2019. Why, you ask? Because in 2019 the rights to the Terminator franchise revert back to their owner, James Cameron. And while that would usually be cause for celebration, let’s look at what James Cameron has done these past seventeen years: diddly fuck buggery all… and Avatar. So, basically, we just have to ride it out, people.

The Scene To Look Out For:
The obvious highlight would be the replication of the original Terminator scenes but in all honesty these are just bastardisations and no matter how well they compare they serve only to remind you that something original existed and now it’s being duplicated and coated in sparkly tat. So if all of that is out, what’s left? I’ve honestly got nothing. Amazingly and somewhat absurdly, the film has decent enough pacing but jumps from dialogue to fight to chase with little effect. They fight Connornator and manage to lose him, they talk about some quantum theory gumpf and JC somehow appears from behind a door monologuing like a moron. It’s truly baffling. But in the interest of highlighting something let’s go with the helicopter chase because that was all kinds of dreadful.

Notable Characters:
I don’t get John Connor. He’s like any off-screen legendary character or hero that’s been mentioned time and again; we’ve only ever heard of his exploits but never properly witnessed them. It’s like audiences were clamouring to see John Connor the powerful resistance leader but then you realise no actor can pull off that kind of magnitude. He’s a legend that suffers from over-hype but in Jason Clarke at least I can see a glimpse of what these characters have been referring to for the last thirty years. Right up until the point he gets terminatorafied and travels back in time to kill his own parents because, “fuck it, nothing means anything, time travel yadda yadda, none of it means shit.” I mean, that’s not verbatim but it’s flat out implied. 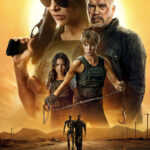 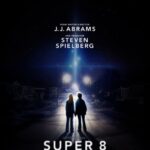 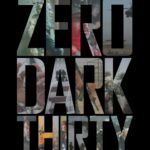