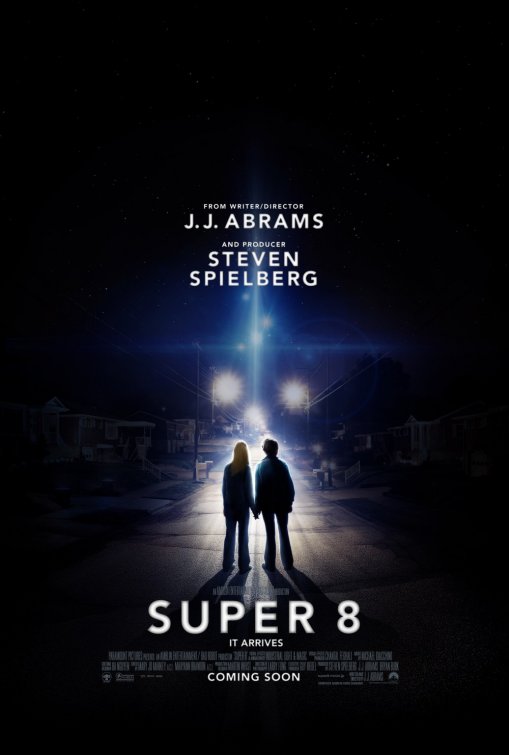 The film opens in 1979, with the death of thirteen year old Joe Lamb’s [Courtney] mother – during the funeral it becomes apparent through gossip that Joe’s father, Jackson [Chandler], really has no idea how to raise his son alone. Four months later, Joe is approached by his movie-making friend, Charles Kaznyk [Griffiths], who plans on filming and submitting a short zombie piece, called The Case, for a young person’s film festival. To add credibility and heart to his story, Charles recruits fellow student, Alice Dainard [Fanning], who steals her father’s car and drives the group of friends to a deserted rail station. Whilst shooting a rehearsal, Charles spots a train approaching and hastily rushes his crew to ready the set. Despite Alice’s entrancing performance, Joe briefly turns away and notices a truck board the rails and tackle the train head-on. As the colossal speeding locomotive derails (in the most epic train collision since The Fugitive), the kids scramble, desperately dodging hurtling railcars and flaming debris. Plodding through the aftermath, the kids approach the truck driver, who has miraculously survived – albeit in a critical state. They recognise him as the school’s biology teacher, who groggily regains consciousness, pulls a gun and warns the children not to speak with anyone about what they’ve seen. As air force officials close in, the kids barrel into the car and speed off into the night. Over the following days, the small town populace start to experience several strange occurrences from animals abandoning the town, electrical appliances and engines being stripped from stores/cars and people going missing.

First off, there are plenty of extremely positive things to be said about Super 8. Invoking the confident structure and styling of late seventies/early eighties cinema, the plot focuses on developing character relationships over sensational expositive scenes. All of which is only achievable due to the extremely talented young leads and how credibly they gel and interact with one another. Equally, the building tension escalates beautifully thanks to keen editing and a neatly fitting score by Michael Giacchino. But underneath the lush cinematography, memorable performances and growing suspense, there’s a quiet nagging, a sense of familiarity that most dismiss as nostalgia. And then it hit me, this is an incredible film and an exceptionally well told story but it’s basically a love-letter to classic Steven Spielberg films. And with that, the sheen was removed and all I saw was a wealth of plagiarism.

Once you start actively comparing Super 8 to the movies it’s desperately trying to emulate (E.T., Stand By Me and Close Encounters Of The Third Kind to name but a few) it starts to fall short. Sure, the performances are good and the story is decent when compared to similar contemporary fare but that doesn’t change the fact that the characters were two dimensional archetypes, the dialogue was cheesy in places and almost every plot thread progressed predictably. Furthermore, Super 8 is so deeply rooted in its nostalgia trip that it doesn’t stop to question the validity of illustrating a story from a child’s perspective – a perspective which guarantees interaction over explanation, meaning the audience is left with countless unanswered questions. I could also moan about some of the CGI effects but for fifty million dollars, there are some stellar achievements, so let’s ignore that.

**Spoiler paragraph**
Which leaves us with the ending; the absolute tipping point and most mediocre element going. After successfully building a great deal of suspense, Joe confronts the alien (see, told you there were spoilers). The alien has been a hostage for years and taking a risk, Joe psychically links with the being to let him know that they pose no threat and it should leave Earth. So it does. The end. Seriously, that’s the ending. There’s a touching scene with a locket, as both Joe and his father finally accept that their mother/wife is gone but even as you’re bawling away, whispering ‘That’s beautiful’ in one breath, you’re muttering, ‘That’s so fucking corny’ in the next. It’s just so agonisingly annoying because the audience has been tricked. We’ve been following the exploits of this vicious creature that’s attacking the town and abducting people but then we’re supposed to care about the multi-limbed fucker getting home. The bastard eats people! Did I mention that!? IT FUCKING EATS PEOPLE! And not just as a defensive thing but it stores them in an underground work shop and snacks on them like crisps. That’s pretty fucked up. Bollocks to him being a captive and simply wanting to get home, so was E.T. and all that little shit wanted was Skittles! You see, this is the problem with following the blue-prints laid out by Spielberg: the majority of the time, he has no idea how to end his films, so we just get a rushed finale that taints the entire flick.

Ok, despite that rant I actually really, really enjoyed Super 8. I genuinely did. I just don’t think it’s that good. As far as a summer blockbuster goes, it’s really refreshing and I would recommend it to most but I cannot be one of those critics who submits to their tingling nostalgia and proclaims this film of the year.

The Scene To Look Out For:
In the smartest move I’ve ever seen in a monk’s reward credit sequence, during the credits we get to watch the three-four minute film that Charles has been making: The Case. And not only is it stupidly funny and endearing it’s actually curiously inspiring. I mean, I really enjoyed Super 8 (despite the flaws) but adding that at the end really reminds you why most people make films in the first place.

Notable Characters:
Without a doubt Elle Fanning provides an exceptionally standout performance. And it would seem, not all too dissimilar to the Culkin family, that the talented elder sibling is no match to their younger brother/sister. On top of that, the dialogue scenes with the boys are pretty hilarious and extremely well written and each deserves a mention for their participation.

Highlighted Quote:
“Stop talking about production value, the Air Force is going to kill us!”

In A Few Words:
“I’m completely divided in my praise and condemnation of this film primarily due to the overwhelming levels of heavy homage. Either way, it’s an intense and enjoyable release that’s worth watching” 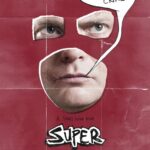