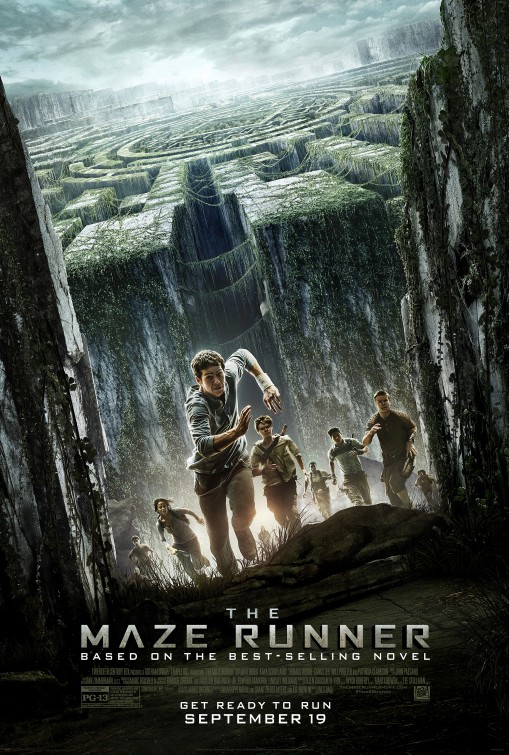 Get Ready To Run

Rather than give you the story as it unfolds, I’ll detail a rundown of the world the story is set in – ultimately that’s what these films boil down to, so it’s not that dramatic a deviation. A group of teenage boys live in a walled field enclosure called the glade. Every month they receive a new addition, who, like them, has no memory of their life up to that point. The only thing that comes back is their name. The enclosure is surrounded by tall unscalable walls and a single opening which opens at first light and closes at dusk. Beyond the wall is an ever-changing maze, which is nightly patrolled by creatures called greavers. The newest addition to the glade is Thomas [O’Brien] but unlike the other boys, he can see glimpses of his past life in dreams and challenges the clan’s various rules. After miraculously surviving a night in the maze, the glade’s loyalties and priorities shift into two clear factions. Those who want to stay and those who feel it’s time to escape. Essentially, it’s a teenage, slightly more upbeat, version of Cube.

The first thing to note about this movie is the surprising amount of visceral head-butting between the captives; specifically, the violent and abrasive interactions feel somewhat real, immediately conjuring images of Lord Of The Flies. Granted, the dialogue is still rather bland and littered with predictable tropes (which I imagine were included with the argument, “kids won’t be familiar with these clichés”) but the tightly wound nature of the performances really helps sell the tragic reality these kids are enduring. Furthermore, the standard archetypal characters are present – the strong leader, wise second in command, seasoned field veteran, the hardass with good intentions, the underdog and the new guy who’s going to change everything – but they’re presented surprisingly credibly. In other words, we’re fed a very familiar story, populated by completely stereotypical characters but for some reason you kind of ignore all that and just enjoy the film for what it is; which is an incredibly difficult feat to achieve. The inclusion of Kaya Scodelario as Teresa could have introduced a whole dynamic of shit to the mix but, again, the film managed to stave off silliness and just press on with the story.

Teen action used to be about randomly receiving responsibility or power, essentially becoming a point of authority. A lot of contemporary releases, however, seem to include the message that the points of authority are cruel and effectively the enemy (something all young people can relate to, bound by rules by parents and school), so they must be defeated and replaced. I’m not sure whether that’s a trend geared toward how the younger market thinks or, more than likely, a self-fulfilling prophecy: these movies sell well because it’s the only thing the studios are selling. As stated above, the movie is as formulaic as any other adolescent drama but of a better level than most, unfortunately, no matter how well executed, it’s still not enough to shake loose echoing murmurs of the words ‘hunger’ and ‘games’ as people leave the cinema. Which is a bit of a disservice if you ask me; for his first feature-length directorial outing, Wes Ball shows a solid level of competency with his direction. Nothing overly adventurous but clear, concise and easy to follow – which is more than you can say about a lot of contemporary action films. Especially considering the technical side is also rather commendable. The visual effects are of a high enough calibre but sparsely used so they film is not over reliant on them and John Paesano’s score is fitting, if a little standard fare.

While I wouldn’t say this film was highly enjoyable, nor was it largely unpleasant, I left the screening with a significant degree of apathy, which can be attributed to three things. First, I don’t know who to blame – it’s either lazy writers or interfering studio heads – but the use of expositive jargon is unquestionably irritating and uninspired. These kind of films always need to take a good half an hour to talk you through the world the characters inhabit and reel off a screed of backstory and nonsense terminology. Clever writers will find a way to incorporate these things into natural conversation or developmental visuals but others will just have characters sit down and tell each other, flat out, in the worst possible way, “You’re new here, let me fill you in. Those guys there? We call them brambos, they build things. Them? Cormawoosers, they are our doctors. And those little guys, we call them Thud. They eat and poop. Oh and don’t go/do [insert plot point here] because something’s out there and it’ll mess you up. We’ve never seen them.. but we call them.. prantomcguffinhochos!” With all these names to learn and take on board, the script/studio has a handy backup plan, which brings me to the second point. Basically, any character that isn’t given a name is probably not going to make it to the end of the film or warrant a drawn-out death scene longer than an off-screen scream. And finally, my biggest frustration with young adult cinema: franchise. I know, I know, as a fan of Marvel films how could I possibly cry out against franchise? There’s a distinct lack of conclusion with these films, always setting up sequels and franchises. I appreciate a lot of these films are based on books and mirror the close of the source material but not every one of these films gets enough of a box office gross to justify continuing the series, leaving a graveyard of incomplete open stories that go nowhere and contain little-to-no replay value. I suppose it’s better than a really solid standalone release that’s followed by a half-arsed sequel but only marginally.

In truth, there’s absolutely nothing new here but in a sea of oh-so-samey releases, The Maze Runner stands out as strong enough to hold people’s attention long enough to bash out a sequel or two.

The Scene To Look Out For:
**spoiler**
So Thomas and Minho survive a night in the maze and manage to kill a greaver by luring it into a closing gap and squishing it. And before that Thomas manages to sneak behind the vines and hide from a passing greaver. And before that, Thomas and Minho hoist up an unconscious Alby yet he is undiscovered by the greavers. This begs the question, did no one else think to do any of those three things to survive a night in the maze? Really? Over the years? No one? Just Thomas because he’s the chosen one, or whatever? Fine. Fuck you, movie. Fuck you.

Notable Characters:
Not going to lie, I wasn’t really that fond of any of them. I mean, they’re not irksome cretins, so I wasn’t cringing every five minutes but I wasn’t really rooting for any of them either. They are all equally likeable, dislikeable and forgettable. And it’s not like I can call on the brief scenes with the adults because the only one really present is Patricia Clarkson as Ava Paige, the facility overseer.. and she’s a pretty generic science bad-guy, most notably in her closing line (which doubles as the film’s closing line), “It’s time to begin phase two.” Cue eye roll.

In A Few Words:
“Impressive to a degree but ultimately not engaging enough to escape the trappings of similar teen dystopian releases. It was, however, better than Divergent, so there’s that” 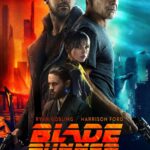 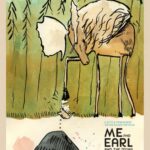 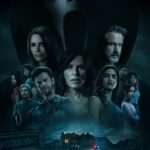