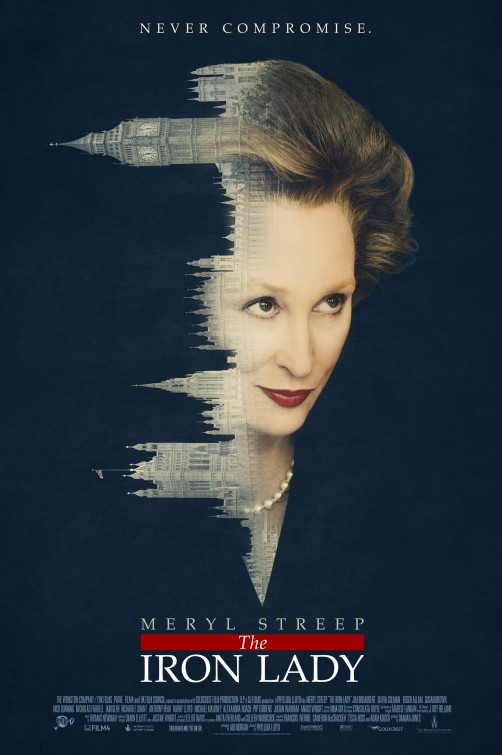 Before I begin, I will open with a confession. This entire review is going to be an expansive look at two very simple points. The first is that the lead performance is astounding and the second is that the film itself is incredibly mediocre and messy. So if I sound like I’m retreading the same conclusions over-and-over, I’m well aware. Opening with a rather slow and stunted build, The Iron Lady offers a glimpse into the life of Baroness Margaret Thatcher’s later years, coping with rising dementia, various social functions and pandering assistants. As she goes back-and-forth between procrastinating and agreeing to donate her husband’s possessions (deceased seven years) she contemplates the key events of her life. From her early days as a shopkeeper’s daughter in Grantham to the first female Prime Minister of Great Britain, Thatcher’s actions are briefly paraded past and momentarily studied in the form of key conversations.

What should have been a progressive story of one woman’s struggle to enter the world of politics and make a difference, whilst dealing with wildly popular and unpopular public opinion, The Iron Lady’s opening scenes surprised the hell out of me: a very aged and frail Margaret Thatcher standing in a contemporary newsagent shocked that a pint of milk costs 49 pence. The first half an hour primarily deals with an eighty-something, dementia riddled woman running around her own house chasing memories, ghosts and hallucinations. As such, from a British perspective, the audience was quite stunned – to the extent that someone two rows back muttered, “Are you sure it’s about Thatcher?” Using the flashback method is rather novel and the portrayal of such a powerful figure reduced to such a frail state separates this film from several other biopics. However, using it so heavily while skating over her highs and lows (namely the Falklands War and.. well.. everything else) was a colossal mistake. I’m not sure if this was an attempt to humanise a very caricatured figure or offer insight into private confessions but it really misses the mark.

This botched structure also means that you’re desperately waiting for the political stands, speeches and fights (whether as a detractor, supporter or someone with next to no knowledge of the subject) whilst the story insists you feel sorry for this tired old lady, before finally dipping its toe and offering a glimpse of Thatcher’s motives, drives and challenges. But it’s not just the overall architecture of the story that buckles, several technical aspects fail too. The cinematography is reasonable enough but at times the similarities between several shots leave a stale taste – namely peering through a car window as unemployed men shout and bang on the car; I’m convinced I saw that shot at least five times in the space of twenty minutes. Furthermore, Thomas Newman’s score flounders around, trying to catch-up and make sense of what tone the narrative is striving for. Finally, outside of the central role, several decent actors fall to waste as little more than cheap caricatures and look-alikes.

In all brutal honesty, the only thing that saves this film from a mediocre TV bio-flick is Meryl Streep. The woman is an acting powerhouse and her portrayal of Thatcher may not be what everyone was expecting but from a theatrical standpoint, it’s a damn fine performance. During her years as Prime Minister, there are inclinations and hints of the venom, authority and arrogance that Thatcher exuded but without being fully explored, it never fully develops to the level one would expect. And the rest of the time, Streep’s portrayal of an elderly lady of great significance who has stepped away from public attention and is slowly slipping into senility is incredibly moving. Were it any other individual or any other story, the film would be a marvel, centred by a breathtakingly transformative performance. Instead, it’s a brilliant centre piece sullied by the sheer amount of crapola it has to wade through.

The problem is people have their own unwavering opinions of Thatcher. As such, any major film would have been either too pro or too anti, there is no cinematic middle ground because there is no middle ground of opinion. In a way, it’s very similar to Oliver Stone’s W. Stone tried to make a film about a man who went from alcoholic nobody to leader of the free world but in doing so, he created a limp, convoluted effort littered with hit-and-miss impersonations. Much like Stone’s mistake, he released W. during Bush’s presidency and without hindsight and insight, it felt lost and without conclusion – literally everything about The Iron Lady feels like a funereal dirge, looking back on the life of someone long/recently deceased, despite the fact she’s not actually dead yet. So, to summate, praiseworthy acting, confused editing, tedious focus and no real resolve. Ultimately, a horrid misfire.

The Scene To Look Out For:
One would think with this kind of release that the most significant scene would be some rousing speech followed by roars of support (and there is one, albeit brief) but I think most people will be impressed by the late 80’s Thatcher berating her cabinet for cowardice and, of all things, spelling mistakes. If only for the comparison between that boldness and the opinionated Minister For Education some twenty years earlier. But what the film should have been exploring is how she went from someone who simply wanted to get things done to a publicly hated tyrant. That is the film the public wanted to see and that is the story they were denied. To my mind, the only two films surrounding highly controversial political figures that worked well without submitting to stereotypes and popular opinion were Hirschbiegel’s Der Untergang and Oliver Stone’s Nixon. If The Iron Lady was even halfway close to either of these, it would have been an astonishing release.

Notable Characters:
There’s literally nothing I can say other than this is a truly spectacular effort by Streep. The very fact that the film fails to support her is almost irrelevant and people will go to see this film on her merits alone. It does, however, raise a curious point. Does a fantastic part in a dire film deserve awarding? In this case, I would say yes but without Streep this entire project would reek of disaster.

Highlighted Quote:
“The problem these days is that everyone asks how you’re feeling. When we should be asking what one is thinking. That’s what interests me. Now, ask me what I’m thinking”

In A Few Words:
“Phenomenally immersive lead performance but the film itself felt like one long muddled montage about someone else entirely” 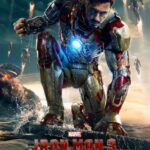