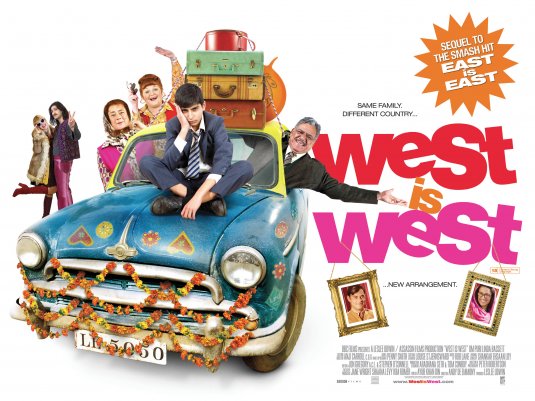 Set four/five years after the events depicted in East Is East, Pakistani immigrant, George Khan [Puri] is having issues with his youngest son, Sajid [Khan]. Continually bullied in school and without any real friends, Sajid rejects his heritage and like most teenagers, lashes out at his family. Unhappy that Sajid knows so little of his father’s country and the life he left, George decides to pack him up and take him to Pakistan. Knowing nothing but Manchester, Sajid is often appalled by the various living conditions and cultural changes he experiences. For his duration in Pakistan, George stays with the family of his first wife – all of whom are shocked to see him but no more welcoming than etiquette dictates. Much like this film’s predecessor, West Is West focuses on trying to find a middle-ground between two very different cultures, whilst still honouring family and tradition. Although this story is pitched as Sajid’s discovery of his heritage, it’s more a tale of an old man coming to terms with the choices he made in his youth. Feeling regret for leaving his homeland – not to mention his failing reputation – George decides to rebuild the family home with his savings. After a month abroad, continually sucking funds from England, George’s second wife Ella [Bassett] arrives to bring her son home. The two story elements running parallel to the main plot thread is that of Sajid’s exploration of his culture, under the whimsical tutelage of Pir Naseem[Nadim Sawalha] and Sajid’s quest to find his brother, Maneer [Marwa], a wife; preferably one who resembles Nana Mouskouri.

I was never really a big fan of East Is East; there were significantly better films that explored the life of the Indian-British community released at the time and although the humour was present, I felt the whole thing was a tad mediocre. West Is West is very much more of the same. Sure, the drama seems heightened and the humour is just as entertaining but the plot is still incredibly formulaic. Having said that, it’s still an acceptable release and one which fans of the original film will probably enjoy; the film also does a fairly decent job of selling itself as a stand-alone production, for those who have not seen East Is East – which was brought out over ten years ago. First and foremost, this is a story of family and as such, the entire film relies very heavily on the lead performances. Thankfully the majority of the cast (Puri and Khan in particular) do an incredibly good job of portraying rather unlikable characters. George thinks of himself as a hero in his hometown and a good man for sending money to his first wife and their daughters but he is exposed to the truth that as he has been little more than a signature at the end of a letter for over thirty years, he has fallen from their hearts. Equally, Khan’s debut performance as the teenage Sajid is an unforgiving one; flippant, disrespectful and crass, his likeability is slim but largely sold through the humorous developments and growing relationship with his newfound friends. As previously stated, the plot’s biggest flaw is the fact that it is very predictable – Sajid dislikes Pakistan, Sajid sees wise old mentor, Sajid prefers Pakistan, George feels he has let down both his wives, George attempts to make peace with his wives, Maneer needs a wife, Maneer is assisted in his wife hunt by the newly adapted Sajid – it’s still an enjoyable watch but without treading any new ground, the whole effort feels like it has little to contribute.

Technically speaking, first-time director Andy DeEmmony has produced a more than sound release. The editing flows nicely (the pace wavers a little in places but pans out neatly), the soundtrack and score are fitting for both seventies Britain and Pakistan and the cinematography and overall direction are thoroughly commendable. As such, DeEmmony deserves a great deal of praise. The fault, I fear, lies with Ayub Khan-Din’s screenplay, which does little more than detail the same culture-clashing, fish out of water, comedic events that we saw in East Is East. Subsequently, news that a third instalment is being considered does little to stir my interest.

Ultimately, it’s a nice little story with a wealth of well-shot scenes, decent performances and an engaging story — at the same time, however, it is still a rather mediocre production that will only truly succeed with a select few.

The Scene To Look Out For:
Aside from the humorous moments, there was a surprisingly tender exchange between the two Mrs. Khans, portrayed by Linda Bassett and Ila Arun. Neither can speak the other’s language but forced to share a room during a sandstorm, both women open up about their issues surrounding George’s actions. As stated, it’s well handled but even this is a prime example of the script’s clichéd nature. The second the sandstorm kicks up, you sort of know there’s going to be some sort of confrontation or heart-to-heart between the two frustrated wives. It’s really a prime example of the frustration one experiences watching this film, littered with scenes that are both keenly directed and well-acted, despite being horrifically formulaic and predictable.

Notable Characters:
Khan’s debut performance as Sajid is an amusing one, combining teenage frustrations with identity crisis and a slew of foul language, he is sure to be the most memorable point of the feature. Additionally though, Om Puri’s knack for being a scene-stealing genius in almost every work he’s in, is just as present here. So much so, that it’s hard to tell if this whole film is a young boy’s discovery of his heritage or an old man’s attempts to rectify the wrongs in his life.

Highlighted Quote:
“Ah, tradition… I walk the same road to my hut every day. If, one day, a cobra is sitting in the middle of the road, do I carry on and die or find a new path and live?”

In A Few Words:
“Gently agreeable and without glaring flaws, this film makes for a reasonably enjoyable watch. However, its tendency to rely on the exact same premise as East Is East with a different backdrop raises the question, ‘what more does this story have to offer?'” 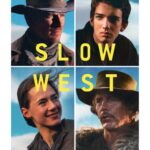