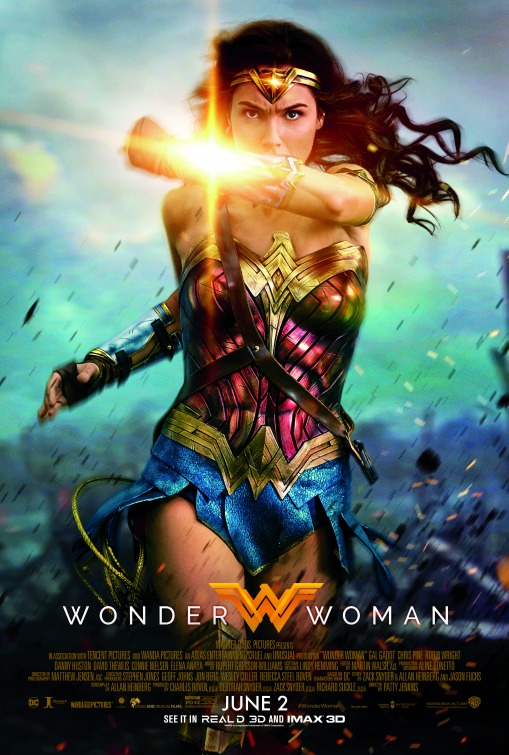 Framed after the events in Batman v Superman: Dawn Of Justice, Wonder Woman is the origin story of the titular character who was very briefly introduced in the previous instalment. Telling the story of both the Amazons (created by Zeus to defend mankind) and Themyscira (the hidden paradise island that the Amazons reside on to avoid being discovered by Ares, the god of war) we are already treated to a wealth of exposition before we even get to the origin of Diana [Gadot]; the only child on the island who was built from clay by her mother, Queen Hippolyta [Nielsen]. As time passes, Diana is trained harder than any other Amazon but her life is thrown into turmoil when an American World War I spy, Steve Trevor [Pine], accidentally finds his way to the island, pursued by the German navy. Being the first man to visit the island, the Amazons argue over what should be done but when Diana learns of the Great War she claims it is her sacred duty to fight, believing that this is the work of their long dormant adversary, Ares. Meanwhile we are also introduced to war-hungry General Ludendorff [Huston] and his twisted cohort Dr Maru (dubbed Dr Poison) [Elena Anaya] who are busying themselves creating the ultimate destructive gas, to be utilised before a peace treaty can be signed.

With the post-Nolan DC adaptations being complete disappointments, so much has been placed on this film’s shoulders: Wonder Woman as a character has never headlined her own live-action feature film, a female-led superhero film is something of an extreme rarity – especially with a budget of this size – and that’s before we even get to the socio-political significance and representation that Wonder Woman embodies. Seriously, it’s a daunting task, if a film underperforms no one (outside of the financial backers) bats an eyelid but one that people have projected so many hopes and dreams on, quickly becomes a thing of nervous hype. The relaunch of Star Wars, the first Avengers release, the eventual Black Panther film, these movies end up inheriting qualities above their station as simple entertainment and become either a model for things to come or a chance to rewrite how films are made/cast/watched. As such, Wonder Woman will be viewed in one of two different ways: firstly, as a piece of entertainment and secondly as a banner/call to arms for all female-led blockbuster releases. Thankfully, in my opinion, Wonder Woman absolutely excels at both.

Stepping away from the flailing foot-finding of its fellow DCEU films, this release is the perfect combination of fantasy, action and levity. In terms of content, the narrative is strong, straightforward and powerful, the production design is glorious, drawing on set and costume elements from mythology and our own history, the action is creative yet grounded when it needs to be and the whole film evokes a comic book sensationalism that one would expect while displaying a key amount of core earnestness and emotional resonance. What’s also impressive is that the jarring guitar riffing theme that was present in Batman v Superman has been incorporated masterfully by Rupert Gregson-Williams without relying on it, to the degree that I actually enjoyed hearing it rather than resorting to wincing every time it reared its head.

As mentioned, other than simply being a functional superhero release, there was a lot of expectation for this movie to address the cinematic gender imbalance; Wonder Woman, through key developments and a handful of lines goes further and briefly touches on racial equality too. But at its core, the film is really ploughing the road for a female hero who everyone can rally behind and a lot of that comes from the central performance. While she didn’t get a chance to do much of anything in Batman v Superman, Gal Gadot shines here as the feisty, determined but also innocent Diana. As much as I am loathe to draw a Marvel comparison (because that shouldn’t be necessary), Diana possesses all the positive qualities of both Thor and Captain America, giving us the humorous fish-out-of-water experience paired with superhuman strength and a sincere eagerness to better humanity through example and strength of spirit. As it currently stands, DC’s most interesting, vibrant, compassionate and powerful character is Wonder Woman and I frankly love that.

As with all films of this nature, the lead takes the spotlight and others follow suit as supports. There could be a reasonable argument made that for all the progressive forwardness, once Diana leaves Themyscira, she is at the mercy of men. While I appreciate the point, I would disagree, highlighting that the film is a) navigating issues inherited from the comic and b) as a newcomer to “the world of men,” of course Diana would be best guided through it by a group of men so she could then critique its failings. Which is why casting Chris Pine as the charming and equally noble Steve Trevor was a stroke of genius. He plays the supporting role well enough, constantly underestimating Diana and translating his world to her without ever feeling like an upstaging. A fact that, now I’ve typed it out, is shocking that I should even have to acknowledge. I could also be wrong but when Wonder Woman (who has no need to observe time in the same way mortals do) laughs at Steve’s watch saying, “You let that little thing tell you what to do” I’m quietly confident that was a well-placed and subtle dick joke. The other Amazons are decently cast – although fall into the background outside of Diana’s mother and aunt – and the villainous roles are complex enough that if I talk about it in too much detail, I’d spoil the film but each of the three “bad guy” components were well handled – although I really feel Dr Poison could have been explored more.

For all its achievements, Wonder Woman is far from perfect and suffers in two crucial factors. While the direction is very impressive, the editing during the fight scenes felt a little choppy at times, mixing impossible camera movements swirling around computer generated body doubles with in-camera static shots of flying fists. Far from terrible and very much present in most big-budget releases of this kind but still a distinct separation that I don’t care for. The second issue is actually along the same vein and relates to said CGI; specifically how some of it was very questionable. I appreciate these DC films are going for a shared aesthetic but if they plan on reducing every film to a final night-time fight sequence with long shots of people being hurled around with a lack of weight to it all, we’re already on a downward spiral. The final fight very much slips into Man Of Steel/Batman v Superman territory and could have been handled better but the fact Wonder Woman’s big boss fight is against an old white man feels extremely fitting. The only thing that rained on the film’s parade a little (and this could be construed as a spoiler, so you’ve been warned) is that the joviality that is shared at the close of the war feels uncomfortable. All I kept thinking was, “Good thing there wasn’t a second world war.. oh wait.” But that’s hardly the fault of the film and to be honest, would be present in any narrative set at the end of World War I.

While this won’t please everyone and, as an effective standalone origin, certainly doesn’t save the ongoing DC franchise, I feel it is more than worthy of exceptional praise and deserves to do profoundly well.

The Scene To Look Out For:
I was going to highlight the exposition method of detailing the Amazon’s history utilising the style of an epic oil painting and while it’s extremely noteworthy, I highlight these cutaway elements all too often. In truth, there are several standout moments. Watching a young Diana punching at the air desperate to be a fellow Amazon was both cute and marvellous, Diana’s first interaction with ice cream was funny and appreciated as a comic fan, Diana defiantly walking out into No Man’s Land was superbly inspirational and her desire to help those who were suffering was genuinely moving. This is honestly a film of great moments and to highlight one would be pretty stupid, so any of the above will do nicely.

Notable Characters:
Much in the same way that any actor tries to put their mark on an adapted character, Gadot really defines the role with a maturity I had not seen in any of her previous performances. Part of that comes from the fact that in the comics and other media adaptations she is presented in so many different ways but mostly it’s from the script and her performance. On so many occasions Diana confronts Steve, earnestly pleading with him that the world shouldn’t be the cesspit it has become or expressing outrage at the treatment of people and the attitudes of generals and politicians whom she labels as cowards. And the beauty is that she is right. All too often we are unable to see our faults for being too close to them and thanks to one hundred years of hindsight we too can scoff and say, “Who are these stuffy, moustached blowhards? She’s trying to fix this mess!” but I feel this film is also taking a stance against our current situation and saying, “It’s not enough” and THAT is where this film’s true power lies.

Highlighted Quote:
“You think it’s just one man to blame.. its not.. maybe we’re all to blame”

In A Few Words:
“A sublime release rife with action, spectacle and a surprising amount of comedic intervals” 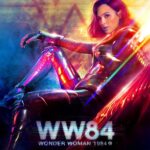 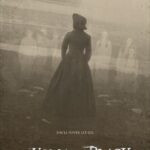 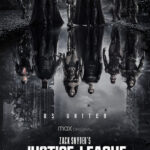