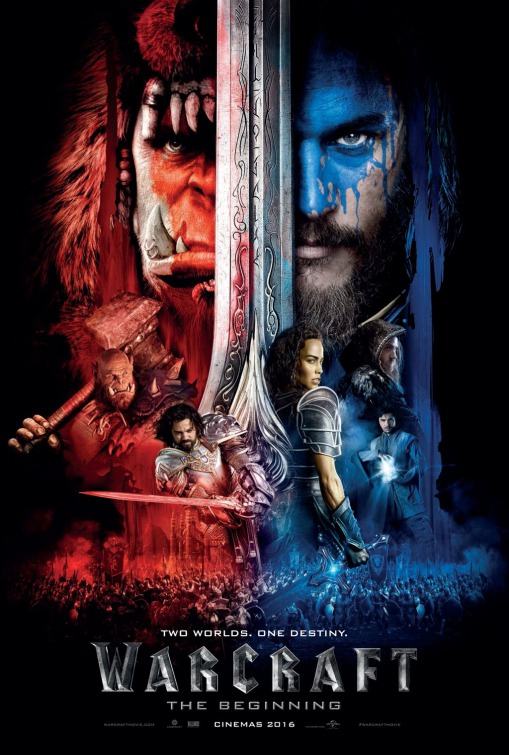 The Orc homeworld, Draenor, is on the verge of death but through the use of a magical portal, the desperate war-hungry horde are able to transport themselves to the lush, seemingly undefended world of Azeroth. The human population are ill-prepared for such an invasion and several settlements fall to the mighty beasts. Among the horde is Chieftain Durotan [Kebbell] who has suspicions that the magic used by their lead warlock is also responsible for killing their world. Meanwhile, Sir Lothar [Fimmel] commander of the king’s guard catches Khadgar [Schnetzer], a young mage, lurking around the barracks who believes he may know what brought the invaders to Azeroth. But to defeat the dark magic, both sides will have to respectively rally support and discover the truth behind the life-draining magic known as the Fel.

It is has been a long held opinion that films adapted from video games are often terrible. Part of the reason for this is that video games used to have very simple puzzle-based objectives with little room for an actual story and those in charge of creating the films would have little interest or understanding of the game itself; departing from the source material heavily or focusing on the wrong elements. To date there has only really been one half-decent adaptation (Silent Hill) which was well handled and impressed fans of the game but still fell flat as a rounded cinematic release. Warcraft falls into similar grading.

Despite the immense success and popularity of things like Lord Of The Rings, Harry Potter and Game Of Thrones, mainstream audiences have never really experienced high fantasy on this scale. To date everything has been dark, gritty and grounded rather than heightened to the levels of unabashed absurdity that it has the potential for. Warcraft is a bright, colourful, vibrant release that injects a lot of soul and depth into a very simple premise. It is also, however, extremely flawed. For those that don’t know, director Duncan Jones is an avid fan of the Warcraft series. These days, most people think of World Of Warcraft but in 1994 the real-time strategy game Warcraft: Orcs & Humans was released based on the mechanic of harvesting resources, building bases/forces and attacking an opponent. Behind this was a backstory of warriors, kingdoms, magic and portals, much of which has been condensed and transposed into this film. But no amount of condensing can really prepare the uninitiated for a full-on fantasy setting. With this genre, mythology and lore are everything (along with maps) and fans of fantasy novels, video games or tabletop releases will know you either keep up or get left behind. Cinema is a different animal and while I would say the same applies, many people haven’t the time, tolerance or patience to absorb it all; they barely keep up with science fiction and superheroes. You may think I’m being exceptionally harsh and judgmental but one need only look at how both John Carter and Pacific Rim were handled and received. Both went full throttle ridiculous and committed to the worlds, beings and terminologies that were being conjured up but neither really struck the desired chord.

Before we get on to why the film doesn’t really work, in my opinion, let’s cover what it gets right. Right off the bat, we need to acknowledge the fantastic production design. Every costume, prop, hair, make-up and set is created lovingly and with clear attention to detail from the source material. Going into a Warcraft film, I want to see runic symbols decorating ancient halls, huge shoulder-padded suits of armour, blood-red war paint splashed over Orc faces, gilded stone chambers and beautifully forged weapons and this film delivers on every account. There’s also good use of humour which adds a touch of levity to the barrage of stern, end of the world developments. Speaking of which, this film takes itself very seriously. There’s an earnestness that runs throughout, almost stating to the audience, “This is real to us, ok? These people, their suffering, it’s a real world and I’m not going to make fart jokes or adhere to rules that contradict what I’m trying to do.” At no point does the film lampoon itself or highlight the genuine absurdity of what’s happening and in all honesty, that pleases me. For some bizarre reason, genre films are expected to tone things down, compromise and almost break the fourth wall saying, “I know this is dumb, just go with it” and I’ve never understood why. Too often films are diluted for a wider demographic who neither understand nor care about this kind of film and the final product suffers because of it. It’s unnecessary and damaging. But at the same time, you also end up with something that can be so niche that it limits viewership and how much money the film will take.

As stated earlier, there are a lot of problems with this movie. A great deal of the CGI is very CGI; by which I mean it feels less like a photo-realistic film and more like a video game. I don’t know if this was in trying to remain faithful to a decades-old game or limitations of the technology/budget but often the visuals don’t hit the marker they’re aiming for. Also, while the sound effects are great, the music is largely overbearing. Ramin Djawadi has made a notable impression on the genre (as composer of the iconic Game Of Thrones theme music) yet here his efforts are fairly mundane. The themes are a bit generic but the biggest offense is that there is little range. Everything is all go all the time, leaving little room for subtlety or nuance. Then there’s the editing, which graces us with God knows how many bloody cross dissolves and ensures the pacing is one rapid march to the finale. The sequences themselves are edited reasonably well but it’s the transitions between them that feel rushed. Finally we have Jones’ direction and script. Admittedly, the direction is solid, command of scenes and camera work is commendable and he has transitioned from independent director to blockbuster helmer rather well but the script is whence all the problems stem. Jones and co-writer Charles Leavitt do an admirable job packing so much into a relatively short period of time but with so much exposition and world building, the only other notable lines of dialogue are cheeseball garbage.

I really want to like this film and while I respect everything that has been achieved, I can’t bring myself to say it’s a good film. There are certainly positive elements and it will be interesting to see how this performs at the box office as I can almost guarantee critics aren’t going to get it and it’s going to be slated. This film talks the franchise talk and sets up so much (some would say too much) that will be covered in supposed future instalments but if it gets a sequel a lot of honing and refining needs to take place before I’ll be able to truly sit back and enjoy myself.

The Scene To Look Out For:
**Major spoilers toward the end of this paragraph**
These two things I want to highlight both demonstrate where Jones’ influence plays perfectly, where other writers/directors would have chosen a different or easier path. The first concerns language. The Orcs and Humans speak different languages and part of what makes each species terrifying to the other is the lack of understanding between them. If you can’t communicate with your enemy you can neither negotiate nor spy on them. Flittering back and forth between the Orcish language with subtitles and a lilty-humany language with subtitles was a really nice touch and executed in a way that felt natural. The second is a major plot point that could have gone to piss. There are a handful of key deaths and while the demise of Lothar’s son is so very obvious and cliché, doing away with both Durotan and King Wrynn were bold moves that furthered the story in a nice and credible way. I also loved that it wasn’t simply resolved by the end of the film.

Notable Characters:
You may have noticed I didn’t mention the acting whatsoever in the bulk of my review. This is because there is a clear divide between the three key players: decently acted leads, odd supports and everyone else is pretty forgettable. I find Travis Fimmel rather charming and he brings a lot of what makes his character work in Vikings to the role of Lothar. Toby Kebbell is also an astoundingly talented individual and he’s always a pleasure to see on-screen, even through motion capture. His turn as Durotan (and the minor Antonidas cameo) is a solid and rounded one, giving a real heart, presence and notion of tradition to these fictional beings.

Highlighted Quote:
“For Orcs, war is the solution to every problem”

In A Few Words:
“A wholly commendable attempt that just falls short of achieving the ambitious goals set out” 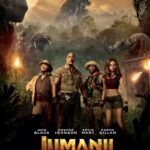 JUMANJI: WELCOME TO THE JUNGLE 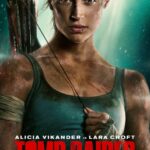 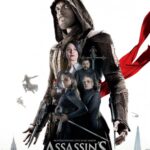