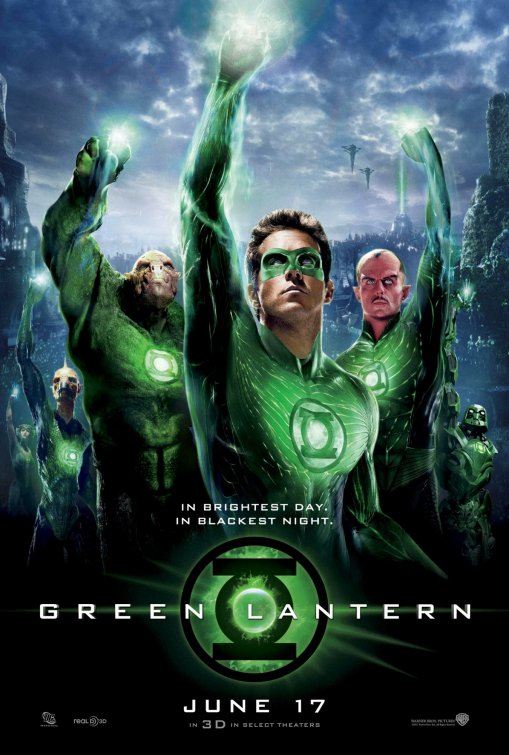 In Brightest Day, In Blackest Night

I’ve been toying with the idea of releasing two versions of this review: a breakdown of the film from a cinematic perspective and an analysis as a fan of comics. Instead I’m going to try to compile everything here and hope for the best.

The opening narrative covers a large amount of exposition, explaining that an ancient race of beings called The Guardians, formed a galactic police force called the Green Lantern Corps, armed with rings that could harness the power of will – in other words, the ringbearer could construct anything they could imagine. The strongest lantern, Abin Sur, defeated Parallax, a being which uses the energy of fear, imprisoning him on a ruined planet. Centuries later, Parallax escapes and heads for the Corps’ homeworld, Oa, to seek revenge. After a fatal encounter with the fear entity, Abin Sur is wounded and his ring automatically locates the next ringbearer. This brings him crashing down to Earth and we are introduced to young, brash test pilot, Hal Jordan [Reynolds]. Hal works with his childhood friend and fellow pilot, Carol Ferris [Lively] and after a demonstration of a new unmanned craft goes awry, he is put on suspension. Shortly after this, Hal is consumed by a green ball of energy and transported to Abin Sur’s downed ship. Before dying, Abin Sur hands over his ring and lantern battery (to recharge the ring). Having eventually figured out what to do, Hal is transported (again by a green energy ball) across light years of space to Oa. Here he is BRIEFLY instructed on the function and ways of the Corps. Meanwhile, eccentric scientist, Hector Hammond [Sarsgaard] is examining the body of Abin Sur when he is infected with a residual element of Parallax’s yellow… evil… goop… stuff. So before the movie’s conclusion, Hal has to master his new powers, repair his personal relationships, overcome his fears, stop Parallax and defeat Hector Hammond. Now, I’m aware of the Hollywood misconception that if you don’t have a film based on Earth or heroes/villains that look humanoid, people won’t be able to relate but that’s utter horseshit. What should have happened was a story briefly explaining the Corps, followed by Hal receiving the ring, spend the majority learning the ways of the Corps and training up on Oa before proving himself by saving Earth (and the universe). Done. But instead we’re fed a clichéd, poorly constructed love story and a laughable villain on Earth, followed lastly by a very disappointing finale.

Taking into account the positive elements, Mark Strong is perfectly cast as Sinestro; absolutely perfect. That’s pretty much it. The action, writing and effects are better than TV-movie releases but certainly subpar for a budget of this scale.

So, with all the positive elements out of the way (I’m not even kidding), let’s look at the towering weight of negativity. First off, and possibly most importantly, the entire film is completely miscast. I didn’t have so much of a problem with Ryan Reynolds acting but he didn’t really embody the character – but more on that later. I felt significantly bad for Blake Lively who proved herself so well in The Town, only to be offered a flat role with little required of her here. I would say Hal’s fellow Lanterns weren’t too bad but as they’re only on-screen for a total of maybe ten minutes, it’s barely worth mentioning. On top of that, the characters themselves failed to gel. There’s a running implication that Hal, Carol and Hector were childhood friends but it’s never fully explored or explained, so when they share the screen together there’s almost an uncomfortable tension, in that, “Heeeeey, fancy seeing you here. Noooo, I’m good. Thanks. And.. and you? Yeah, cool. Really gotta run. Good seeing you again” etc – but this isn’t limited to the characters, it seems to have stemmed from the actors who have no idea how to work with the individual in front of them — this isn’t necessarily the actor’s fault, it’s a problem that should have been spotted and taken care of in pre-production. Then there are our two lead villains, who were terrible. Hector Hammond with his large head and retarded grin was flat-out laughable. The persona was never really captured or sold, so we’re treated to this screaming, wailing mental with a gigantic head for almost half of the film. Secondly, Parallax is a floating lightbulb-for-a-face surrounded by black/yellow tentacles, like a dirty space mop. Neither of which really poses much of a threat and are pretty quickly dealt with (yeah, that’s a bit of a spoiler, I don’t care). Worst of all, the movie seems to favour the almost camp nature of the 1960’s TV adaptations, meandering through a thin plot without ever hitting the level of successful humour seen in Marvel releases.

On the technical side of things, the film is a complete and utter failure. The issues with plot and character could have been overlooked if the visuals had been done well – much in the way that the Fantastic Four films were pretty dire but at least they were mildly entertaining. The visual effects were abysmal; everything felt plastic and CGI and choosing to make the suit a computer generated effect left Ryan Reynold’s bobbling head as the only unrendered element, which stood out dramatically. Equally, the various sets and prosthetics looked incredibly cheap. As stated, Hammond was monstrously dumb to behold and every interior location lacked the grand spectacle of a summer blockbuster. I was also incredibly surprised by James Newton Howard’s pitiful musical score, parping out uninspired themes and melodies that ranged from completely unnoticeable to messy and invasive. From an editing perspective, the flow was choppy and the pacing was terrible, darting back-and-forth between Oa and Earth shouldn’t have been a big deal but when you have problems connecting two parallel character threads, you know you have real issues. The problem I seem to have is that I am simply unable to comprehend why anyone with a creative bone in their body would squander decades of source material. I agree that adaptations often need to feel different in order to translate from book to screen but the choices and changes made here was inexcusable and incomprehensible.

So, very quickly, I’d just like to cover my reaction to this film as a fan of comic books, comparing this release to DC’s Green Lantern range. A lot of flak was generated over the casting of Ryan Reynolds as Hal Jordan. As stated previously, he doesn’t do an exceptionally bad job but he felt more like Kyle Rayner than Hal Jordan. What’s more, I didn’t even like or sympathise with his interpretation of Hal – largely due to the writing – which tried to pass him off as a cocky but loveable guy, when all I saw was a frat boy with daddy issues, who got lucky. Secondly, his suit being a CGI thing didn’t bug me so much, it seemed fine but despite the amount of money thrown at it, still didn’t feel right – more than likely because of that damned mask. And I don’t even think the mask was necessarily the problem, more the fact that his irises change from brown to a pale green/white, which makes him look like he’s wearing Marilyn Manson’s contact lenses. Also, the few constructs we see in the film are really uninspired. It’s not that they looked bad, but the cartoonish style in which they arrive clearly identifies the target audience as teenage boys. The time spent on Oa is fucking shocking, as is the representation of the remainder of the Corps. Having spent ten minutes under Kilowog and Sinestro’s tutelage, Hal not only quits but manages to excel and become the greatest lantern ever. The inclusion of both Parallax and Hammond was a mistake, as was their ridiculous interpretation. The whole thing feels like a very poor amalgamation of Emerald Dawn and Secret Origins without drawing from the successes of either. With Geoff Johns being so closely involved, I don’t understand why just a literal translation of Secret Origins wasn’t optioned.

In all honesty, if you’re interested in watching a reasonable interpretation of Green Lantern, you would be better off with the most recent animated film, Emerald Knights, which acts as a handful of short stories explaining the universe without dabbling too heavily in origin stories. As a counter argument, I imagine you could say, “How is this film as bad as something like Cat Woman or Howard The Duck/?” Well, in all honesty, it’s not – those are the ultimate lows in comic book adaptations but this film, much like Ang Lee’s Hulk has several positive elements working for it but fail to act cohesively and produce an astoundingly shoddy-looking mess.

The Scene To Look Out For:
There are plenty of bad scenes and terrible shots (usually CGI) but the most frustrating for me was the training segment. Hal Jordan has just made his way to Oa and is being schooled on his powers. It is here that he learns that constructs are only as powerful as the will that conjures them. After being battered for a few minutes he buggers off home, crying like a spoiled brat, only to be told on Earth that he’s an idiot for passing up this opportunity. The nature of an origin film means that you are limited to certain restrictions, one of which being the discovery of your lead character’s powers but that doesn’t mean you get to offer us a five minute look-in before slamming the door, shouting, “That’ll do! Hal’s gotta get back to Earth and work his way into Carol’s pants! Quick! There’s no time!”

Notable Characters:
As stated, Mark Strong is the literal embodiment of Sinestro and if, by some unknown grace, this film gains a sequel, I would be very happy to see how they develop his character. I think the really obvious standout character for me was the interpretation of Hector Hammond. I appreciate that his character works in the comic universe but he’s treated like a pointless henchman to the real enemy.. who turns out to be just as useless.

Highlighted Quote:
“Hal Jordan. Worst pilot I’ve ever seen.. or the best. Not quite sure”

In A Few Words:
“Absolutely atrocious, Green Lantern single handedly sets comic book adaptations back twenty years and nails the coffin on any form of Justice League film outside of the animated universe” 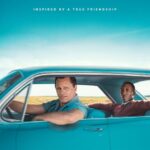 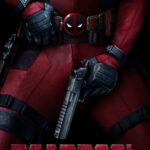 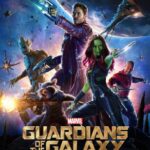